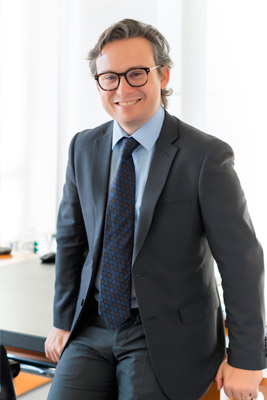 Managing Partner since 2012 and one of the founders of L&E Global.

He began his career in SPB Bufete de Servicios Profesionales, joining Baker& McKenzie Barcelona in 2003, where he worked until 2005, when he launched his own employment law firm, Suarez de Vivero, which he’s been managing to this day.

He is Professor in ISDE since 2013, in charge of the master’s degree of Access to Employment Law.

Since 2012, he has been acknowledged in the most important employment law rankings, such as Chambers & Partners, The Legal 500, International Who’s Who of Employment Lawyers and Best Lawyers. 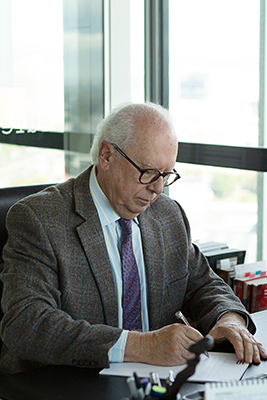 He is a founding member of Suárez de Vivero. He began his legal career in 1971, for Instituto de Especialidades Jurídicas, S.A., where he remained until June 1975 when he opened his own law firm Bufete de Servicios Profesionales SPB.

In 2003 the firm merged with Baker & McKenzie until April 2005, when he broke away from that brand and continued his professional course in his own law firm (Bufete Suárez de Vivero) managed by his son, Iván Suárez.

He is an expert in collective bargaining, mediation and arbitration. In addition, he has authored several legal publications during his professional career. 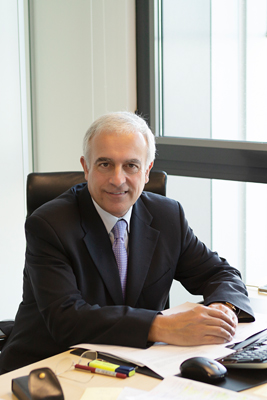 Education: Law degree from the University of Bellaterra in 1985. School of Legal Practice. Secretary of the Labor Law Section of the Barcelona Bar Association from 2006 to 2012. Speaker in various Courses and Seminars: General Council of the Judiciary, chambers of commerce, Bar Associations and Fomento del Trabajo, and he has published articles in newspapers and specialized magazines. 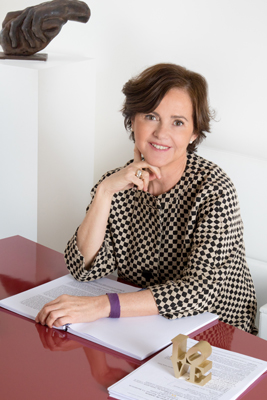 She started collaborating with the firm in September 2017 and she became Partner of our office in Madrid in April 2018. Previously she used to be a Partner of the firms Copa & Asociados and Araoz & Rueda and Manager of the Labor Department at Deloitte and Estudio Legal, Abogados. 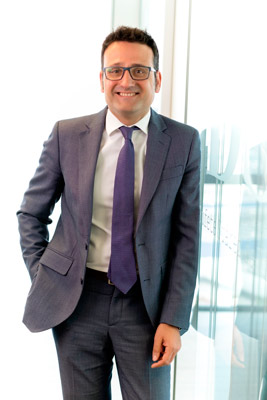 Wide experience in labor law and Social Security, business consulting and restructuring, negotiation of collective agreements, litigation and due diligence.

Education: Law Degree from the Autonomous University of Barcelona in 1997. Graduated in labor law and social security, as well as in labor relations and collective bargaining from the Centro de Estudios Financieros. Member of the Labor Law Section of Barcelona Bar Association and permanent assistant to the Aranzadi Social Forum. 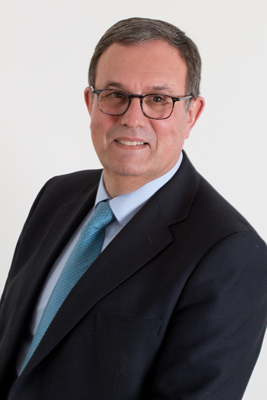 His professional career is dedicated to advice companies, in the area of Tax and Accounting Law, Corporate Law and Civil and Commercial Contracting, with a special focus on Labor Taxation.

From 1988 to 2001, he was a Partner of Lexalia Abogados, where he headed the Mercantile and Fiscal Departments.

From 2001 to 2003, he was a Partner of KPMG Abogados, responsible for the family business.

He has participated in many transactions for the sale of companies, participation and reorganization of business groups and he is Secretary of the Board of various companies. He has negotiated a number of distribution contracts in the food and alcoholic beverage sectors and he has acted as liquidator of several companies.

As of the end of 2018, he is in charge of the Labor Taxation area in Suárez de Vivero.

Education: University of Deusto, I.C.A.D.E. (Degree in Business and Law). Member of the College of Madrid since 1978. 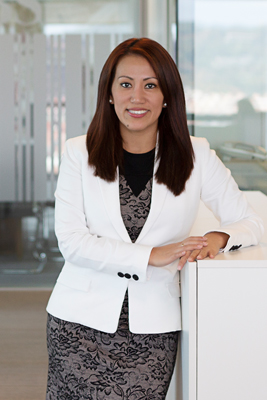 Sissy has experience in both external and internal business advice, as before joining the Firm in 2017, she had worked as an in-house lawyer at APC CORPORACIÓN S.A., a large Peruvian company with more than 2,000 workers.

She is an expert in collective bargaining, business restructuring and litigation.

Due to her work in previous companies as a consultant in commercial law, she has developed a great ability to understand the business strategy of the firm's clients when advising them on labor law. 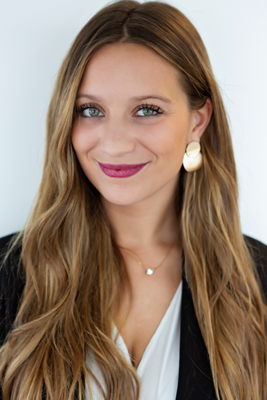 2016-2017: Exchange program in law by the University of Geneva (Switzerland). 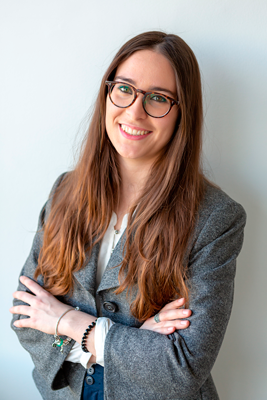 Previously she prepared the official exam to the Judiciary and Attorney career. 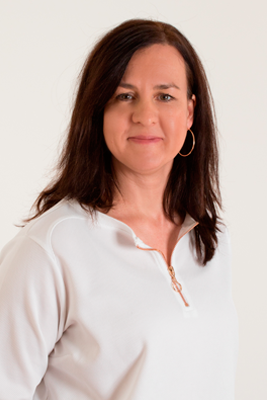 She is Paralegal and Specialised in Legal Documentation, giving support to the labor law team of Madrid office. She has got a Degree in Library Management and Documentation from Universidad Carlos III of Madrid, and a specialization course in Legal Documentation by the UNED. Her professional career is focused on management of knowledge in law firms, she began her professional career at Ernst & Young where she developed document management systems. Languages: Spanish and English.

She is responsible for Payroll Management and Human Resources for national and international clients, as well as for freelance professionals and others. She worked at Fornell Consultors, S.L.P. from 2000 to 2007. Later, she has been working at Plana Artús, S.L.P. since 2007. In January 2016, she began her professional career at Suárez de Vivero, providing support on payroll management to Barcelona and Madrid offices. Education: Degree in Labor Relations (distinction CUM LAUDE) from Universitat Pompeu Fabra, 1999. Higher Course in Labor Law and Social Security in Centro de Estudios Financieros, 2005. She has made several courses in the areas of payroll management, immigration and hiring. Languages: Spanish and English. 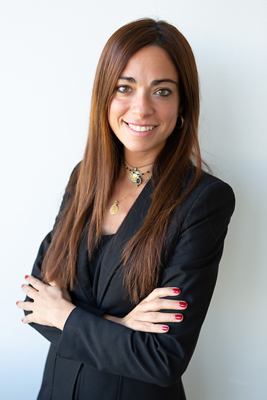 She began her professional career in the legal department of Deloitte. In 2010 she joined Michael Page as a Consultant in the Tax & Legal department in Barcelona office. In 2014 she joined Euromanager (Selliger Group and Conde), where she specialized in recruitment of middle managers and management positions.

In 2015, Laura decided to create Excelencia Legal, a boutique specialized in the selection and search of professionals for law firms and human resources managers for companies.

As of 2016, Laura collaborates with Suárez de Vivero, managing the marketing and personnel selection area. 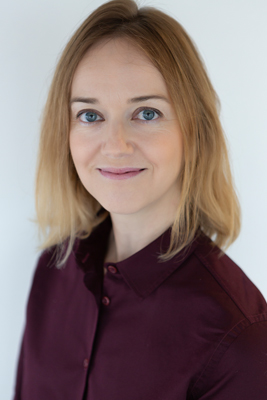 She is an expert in verbal communication and non-verbal behavior and advises clients of the Firm and their human resources departments to improve their communication skills with the works council and other interlocutors in the company. She gives lectures on this subject and writes periodically on her blog enclavenoverbal.com 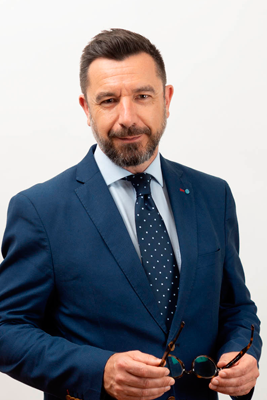 He is the founder of Augere, a consultancy firm which aim is promoting the alignment of people, culture and business strategy since 2001. He advises senior executives and companies on the process of cultural transformation and business refocusing, both nationally and internationally, and he is a certified coach.

Since 2016, Francisco has been collaborating with Suárez de Vivero, providing specialized training for managers in the alignment of people with the company's strategy, which also improves labor relations and reduces business costs.

He is co-founder of Growpath, the coaching community in your pocket. Growpath is a digital platform that provides companies with resources for the development of people and teams. Growpath has been awarded by Fundación Banco Sabadell for their social impact iniciative called "growme", the community that promotes young millennials to their first job.

He is co-founder of "BitsWorld, transforming ideas into action", accelerator that assists the development of entrepreneurs and the creation of their startups.

He regularly collaborates with business schools in Spain and Latin America and with various media. He is co-author of the books Smart Mentoring (Editorial Confemetal, 2016) and "Build Community" (Lid Editorial, 2011) and has written more than a hundred articles about business and people.

Education: Degree in Political Science and Sociology from the Universidad Pontificia de Salamanca. Masters degree in entrepreneurship from MIT. PDD by IESE. Coach. 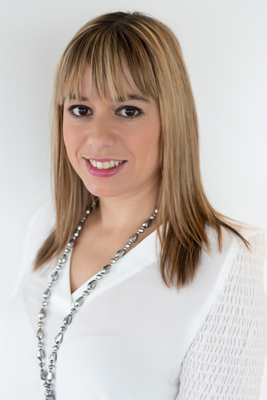 She is in charge of the finance department in Suárez de Vivero since August 2018, and she also deals with suppliers and clients. She elaborates economic memories for company restructuring cases.

In 2013 she joined Karey-Ortho’s accounting department and, later, she worked for other companies with similar responsibilities. Degree in Economics from Universidad de Barcelona in 2013.

She joined the firm in January 2020. Previously, she was a lawyer specialized in Labor Law, in prestigious firms such as Toda & Nel-lo and Rousaud Costas Duran.

She is a Senior Associate with extensive experience in labor and Social Security law, advising companies and workers, corporate restructuring, negotiation of collective bargaining agreements, with special dedication to litigation.

Education: Law degree from the University of Barcelona. Master in Labor Law by the Institute of Law and Economics ISDE.

Member of Barcelona Bar Association since 2008. 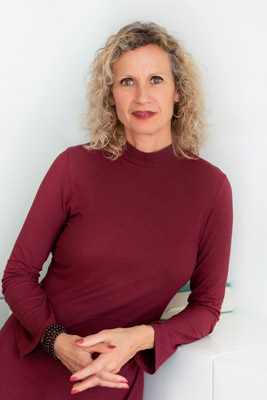 She is in charge of the ​​administration area, translation of documents and overall management, as well as giving support to the Firm's lawyers. Her professional career was developed at Catalunya Caixa in various departments and branches, from 1991 to 2012 and, later, she directed her own business integrated into an English teaching franchise.

She graduated in Business and Administration from the Autonomous University of Barcelona. 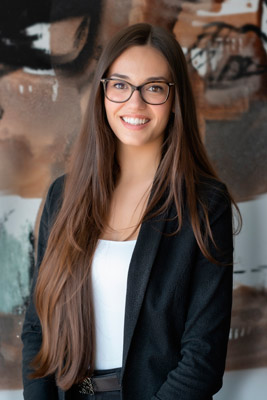 Trainee at the firm who assists the team in matters of dismissals, collective bargaining, Social Security and litigation. She also gives support to issues concerning immigration and international employment law.

We use cookies on our website to give you the most relevant experience by remembering your preferences and repeat visits. By clicking “Accept All”, you consent to the use of ALL the cookies. However, you may visit "Cookie Settings" to provide a controlled consent.
Cookie SettingsAceptar
Manage consent